The Stove Yards account system is now automated with TRAX

In April 2007 the Stove Yard opened its own showroom in Newtownards Northern Ireland. Initially, as a trade showroom for the brands they distributed, but as word got around the public also began to beat a path to their door and in November 2008 they doubled the showroom size and took on additional stove brands helping them cope with the increased demand in their industry. The Stove Yard now has the biggest dedicated stove showroom in Northern Ireland and is the largest supplier of wood burning stoves on the island of Ireland. The Stove Yard has now also opened an office and showrooms in Cheshire. With the increased business brought the issues of increased paperwork for both locations. This includes survey sheets, installation documents and purchase invoices which all had to be entered manually into their Sage accounts.

The Stove Yard purchased TRAX to automatic this entire process. Firstly on the accounts payable side, all purchase invoices are batch scanned and TRAX automatically reads the invoices and passes the details to Sage accounts automatically. Saving the accounts personnel from any data entry.  On the sales side, TRAX automatically reads the site survey sheets which come back from the fitters and creates a quote within Sage CRM. It also manages delivery dockets from the distribution side and automatically emails invoices to customers. TRAX is now integrated into The Stove Yard saving time and money every day, giving them instant access to all documents. 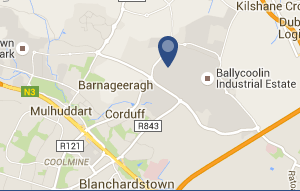